Speak The Science Bin The Spin 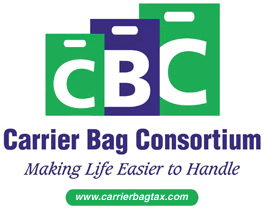 1: EXPERT VIEWS AND THE SCIENCE THAT GETS IN THE WAY OF SPIN

The Government is irresponsible to jump on a bandwagon that has no base in scientific evidence. This is one of many examples where you get bad science leading to bad decisions which are counter-productive. Attacking plastic bags makes people feel good but it doesn’t achieve anything. Lord Taverne, Chairman of Sense about Science, March 2008, The Times

Plastic bags don’t figure in entanglement. The main culprits are fishing gear, ropes, lines and strapping bands. Most mammals are too big to get caught up in a plastic bag. The impact of bags on whales, dolphins, porpoises and seals ranges from nil for most species to very minor for perhaps a few species. For birds, plastic bags are not a problem either. David Laist, Marine Mammals Commission (US), March 2008, The Times

It’s very unlikely that many animals are killed by plastic bags, the evidence shows just the opposite. David Santillo, Marine Biologist, Greenpeace, March 2008, The Times

I’ve never seen a (sea)bird killed by a plastic bag. Other forms of plastic in the ocean are much more damaging. Only a very small proportion is caused by bags. Prof Geoff Boxshall, Marine Biologist National History Museum, March 2008, The Times

It’s a problem when you see Governments basing their recommendations on science that’s no longer accurate. Colin Butfield, World Wildlife Fund for Nature, March 2008, The Times

It is far better to incentivise shoppers to change their habits than clobber them with a levy on bags which is nothing more than a green gimmick. The environmental impact of plastic bags is greatly exaggerated and charging for their use will drive consumers to use more damaging heavy gauge bin-bags, as they have done in Ireland. Andy Clarke, Retail Director Asda, March 2008, The Times

Plastic bags are a useful part of the household scene. I admit they don’t look very attractive when they are stuck on barbed wire – but it’s not good enough to say that plastic bags are a nuisance. Sir Ken Morrison, Former Chairman of Morrisons March 2008, The Sun

We don’t see reducing the use of plastic bags as our biggest priority. Of all the waste that goes to landfill, 20% is household waste and 0.3% is plastic bags. Charlie Mayfield, Chairman John Lewis, March 2008

A levy on plastic bags in Ireland only made matters worse… people underestimate how many plastic bags are used to put out recycling or are substituted for plastic bin bags. “We have got to remember that taxes and levies can have perverse effects – such as making people use more plastic not less” … Liz Goodwin, Chief Executive WRAP (Government’s Waste Resources Action Programme) The Daily Telegraph 28 Sept 2007

“This (voluntary) agreement is working – with retailers offering shoppers reusable bags-for-life. We don’t think a ban or levy is the right way to go. In Ireland, people just bought more bin liners to replace free carrier bags, so the volume of waste stayed the same.” … DEFRA, The Guardian, 3 October 2007

“There have been unforeseen consequences in the Irish Experience … increase in the use of paper bags which are actually worse for the environment …” … Ben Bradshaw, UK Environment Minister, 4 August 2006

“A number of unintended consequences appear likely to be connected with the proposed levy … the net environmental impact is an issue of considerable dispute … the Committee therefore recommends that Parliament does not agree to … the Bill” … Unanimous Conclusion (including the Green party) of the Scottish Parliament, Environment and Rural Development Committee, after two years of investigations, 2006

“They represent a fraction of 1%* of waste going to landfill. Retailers of all types are well on the way to reducing the environmental impacts of bags by 25%. They are doing that with the cooperation of customers by rewarding re-use, giving away sturdier bags-for-life, enabling and encouraging recycling and reducing the amount of plastic in bags” Kevin Hawkins, Director General, British Retail Consortium, 13 July 2007

*The fraction of landfill represented by plastic shopping bags is 0.05%. This is based on domestic waste being 17% of landfill and plastic bags being 0.2% of the average dustbin. Packaging and Films Association 2007.

59% of people re-use ALL their lightweight plastic bags and a FURTHER 16% say they re-use MOST of them. … WRAP Survey 2005
2: THE FACTS
The manufacture of plastic bags uses one third of the energy, results in half the pollution and one eighth of the raw material requirement of heavier alternatives such as paper bag production (Winnipeg University Studies)

Paper bags weigh 6 times more than plastic on our roads and are 10 times the volume in storage. Switching to paper as result of plastic bag bans or taxes will put an extra 200,000 lorries on UK roads. Extrapolated by CBC from Simpac Ltd Studies presented to Scottish Parliament ERDC Hearings, 2006

The average round trip to the supermarket is 12 miles, the petrol equivalent of 210 plastic bags (typically one year’s usage of bags per person in the UK) … Dr Gerard McCrum, Oxford, The Daily Telegraph 24 July 2007

“(plastic bags) contribution to climate change is miniscule. The average Brit uses 134 bags a year, resulting in just (2.6) kilos of the typical 11 tonnes of carbon dioxide he or she will emit in a year. That is one five thousandth of their overall climate impact.” George Marshall, The Guardian, Thursday September 13 2007

Taxing plastic bags will send more paper to landfill where it will degrade to give off greenhouse gases in direct contravention of the EU Landfill Directive. Plastic remains inert and will not give off CO2 or Methane in landfill. Packaging and Films Association 2002.

Plastic has a higher calorific value than any other element of waste. The energy released in clean-burn municipal incineration by a single carrier bag keeps a 60 watt light bulb burning for one hour. APME/Plastics Europe 2006

No other shopping bag can carry 2,500 times its own weight and stay strong when wet. CBC 2001

A typical plastic carrier bag uses 70% less plastic today than 20 years ago. No other industry has a better track record in material reduction. Packaging and Films Association 2003

Plastic bags do not waste oil, they are derived mainly from oil refining by-products (naptha, ethylene, etc) which would otherwise be flared off. So plastic bags are an excellent use of otherwise waste products. All plastic packaging of all types uses no more than 2% of total oil extraction compared with 29% for transport and 35% for heating/industry. Plastics Europe 2007

The Irish tax has cost small to medium retailers an estimated €24.3m (after the first year of operation) mostly as a result of theft plus additional theft of €10m in “push out” thefts (where unbagged and unpaid for goods are wheeled through the doors due to absence of carrier bags as evidence of purchase) (Note: This is more than the income “generated for the good of the environment” and includes the theft of trolleys and baskets) … RGDTA – Irish Grocers Association and Irish Trade Journal “Shelf Life” estimates 2003,

A 10p tax per carrier bag represents a tax level of 1000+% on cost price. If applied equally across popular goods, a can of Coke would cost £8 and a packet of crisps £5. Simpac Ltd Study for CBC 2005